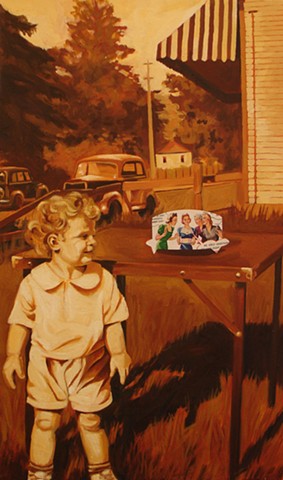 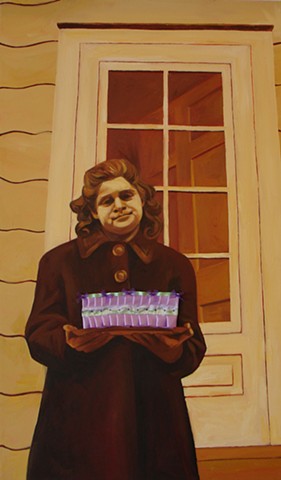 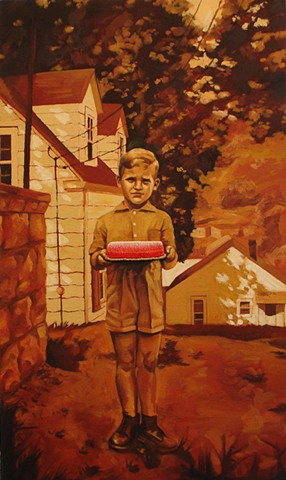 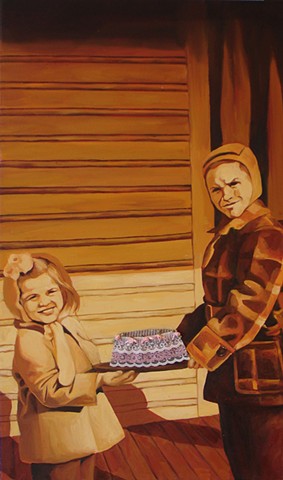 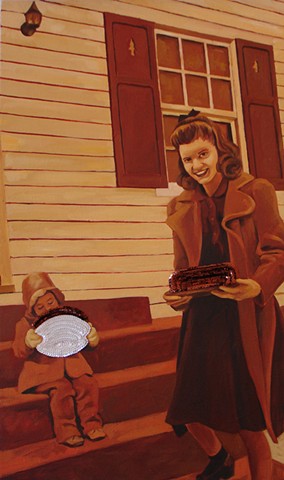 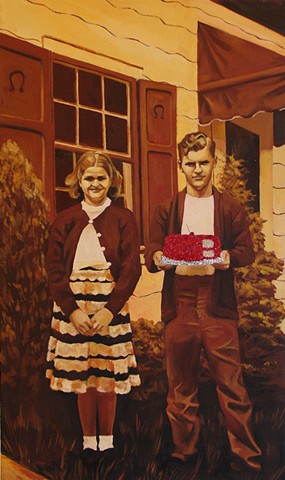 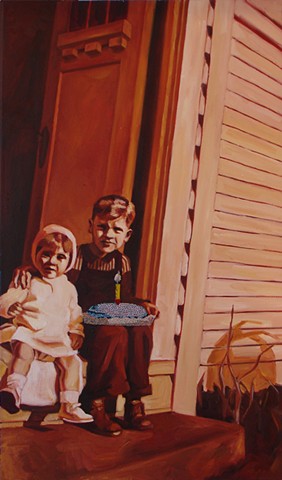 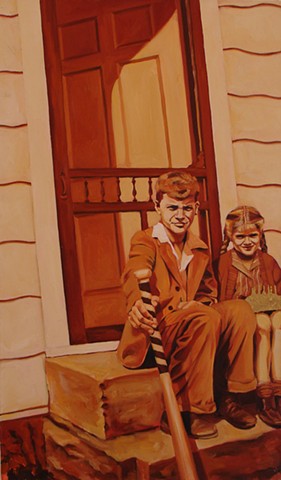 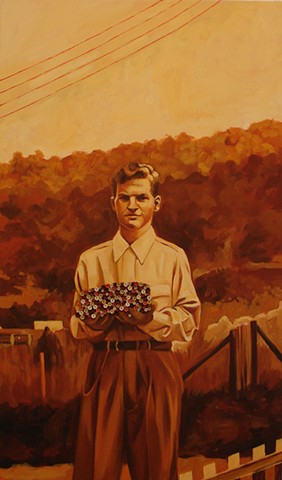 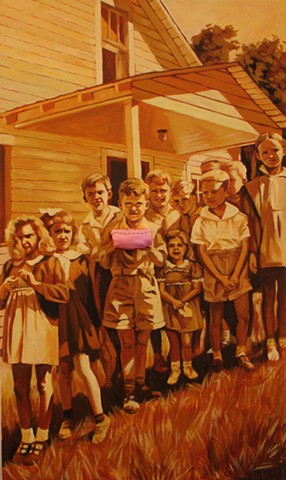 This series began when I found a box of old photos of my father and his sister, Kay, as kids. In their family, it was mandatory that they have their picture taken on their birthdays, holding their birthday cake. Their mother, Lydia, was a consummate dessert lover who baked wonderful cakes.

I was drawn to the photos for several reasons. I thoroughly enjoy seeing my father as a kid. He looks just the same as now -- same body language, same smile. And while painting this series, I became quite familiar with what he looked like, what he wore, where he lived, who his friends were. It created a link between me, and his past.

I loved that the tradition was carried through without fail year after year. There are pictures of my father and his birthday cake from age 1 to age 18.

Finally, I loved the idea of documenting not only the birthday, but documenting the cake as well. The cake plays a major role in each photo. Cake baking and cake decorating are part of the body of domestic arts -- such as sewing, embroidery, flower arranging -- that are rarely recognized for their contribution to the art and beauty of our lives. I have been drawn to cake decorating since I was a kid, and saw this as a great opportunity to pay homage to my father and his family and to the domestic arts, which we take for granted.